The Mediterranean meets the Pacific Ocean in a cup.

Most of us think that Greek coffee is a recipe and a way of making coffee that characterize exclusively our country. The slightly more "wanted" coffee lovers have heard or read about the Arab past of coffee and recognize that our favorite Greek is of Ottoman origin and is found in many of the countries that were once under Ottoman rule, but also in many Arab countries. with small natural variations.

In fact, Arabic coffee is perhaps the first (excluding Ethiopian tradition) brewing coffee, which became widespread around the world in the early years of coffee. When we look at engravings or paintings from European cafes of the 16th or 17th century, we must be almost certain that what the guests drink will definitely look like Greek coffee. However, today, this method survives only in the Arab countries, in the Mediterranean basin, in the Balkans and in some countries of Eastern Europe. Only; No, it survives on the other side of the planet! 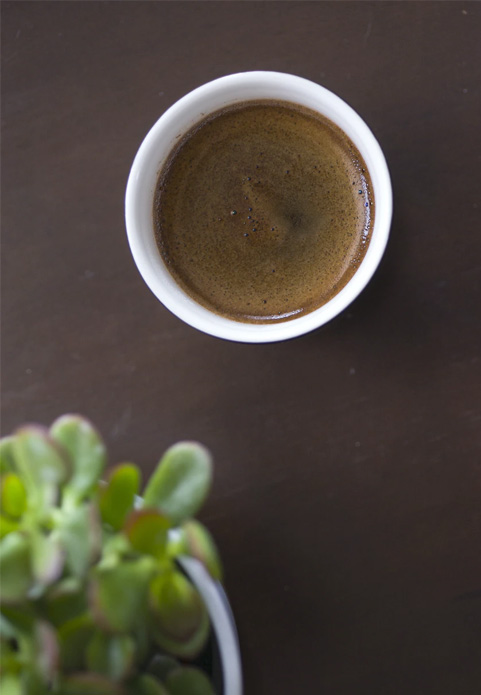 Indonesia is a world power in the field of coffee, as it is the fourth largest coffee producing country in the world. Coffee arrived in Indonesia in the 17th century from the Dutch Colonialists and the island of Java was the first land, except Arabia and Africa, to ever be planted with a coffee tree. The production, both Arabica and Robusta, continues unabated to this day, and Indonesian coffee is famous for its earthy aromas, woody notes, spice aromas and strong body.

The local coffee culture generally follows that of Southeast Asia, where the favorite coffee is the strong filter coffee, with plenty of sugar and plenty of milk. But in Indonesia, an older method, Kopi Tubruk, survives.

Kopi Tubruk or Kopi Selem (black coffee, in Indonesian) is an old-fashioned method of making coffee, in which ground coffee with sugar is boiled and served without being filtered. Kopi Tubruk is found mainly in Bali and Java and according to many, it is a legacy left behind by Arab traders, but it is not unlikely to be just a remnant of the (very) old coffee era.

What does Kopi Tubruk look like and how does it differ from Greek coffee?

Between Greek and Kopi Tubruk, there are similarities but also differences. Initially, the main similarity has to do with the brewing of ground coffee, which is a parameter that we find only in these two preparations and nowhere else in the world. Also, the fact that the coffee is not filtered or even strained, so there is the relevant sediment, further intensifies the similarities of the two coffees. Finally, a detail that is very important: in both cases, the sugar is always added before cooking - as our grandparents did.

The main difference between the two coffees lies in the degree of grinding. While Greek coffee is necessarily finely ground, in Kopi Tubruk we find various degrees of grinding, from fine to coarsely ground. Still, there is no specific equipment like the Greek kettle, as Kopi Tubruk is prepared by any available means. Also, due to the coarse grind, it is often drunk lukewarm and not hot, in order to settle the sediment better. Finally, while cream in Greek is desirable and beloved, in Kopi Tubruk it does not seem to matter much.

The local Indonesians use coffee from the soils of their islands, which has a very special taste. By choosing a blend of coffee beans from Indonesia, and grinding it a little finer than we would grind it for making espresso, we can have a taste that will be quite close to Kopi Tubruk.

In general, we can imagine the aromas of Greek marrying with the earthy, woody and spicy coffees of Java and Sumatra, and we are very close to the aroma and taste of Kopi Tubruk.

The journey with Coffee Express never stops. Next stop Indonesia, with a recipe lost in the depths of shopping streets and time